A mother’s story from Cape Town

I am 37 years old and will be married for five years in February to my husband, Stanley. We got married in 2014 and shortly after that I fell pregnant with my son, Christian, who was born that December and has just turned four. I am the younger of two daughters. My older sister, Melanie, is my closest friend and confidant. She has two sons, the youngest of which is only five months older than Christian, so she is still my go-to person in many aspects of mothering. 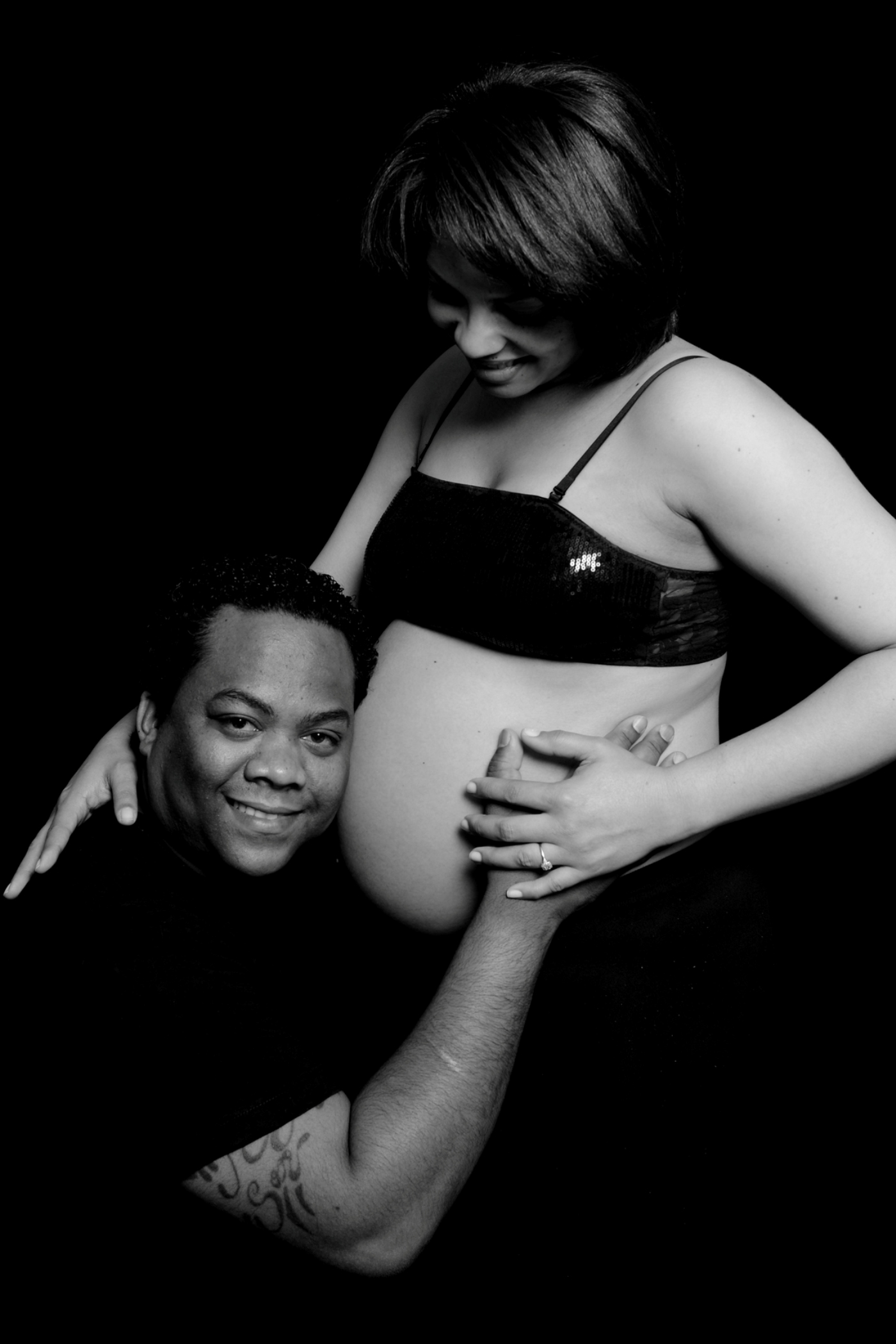 A mother is born

I had many plans, while pregnant, about how I was going to raise my baby. From my background in science I was very much prone to following protocol; you do A, and B happens. I expected it would work the same once baby was born. He would feed and burp and sleep. I had conversations with my friends and colleagues, finding out what they did and how they went about managing working and raising a child. How they dealt with the lack of sleep. I remember many friends saying the baby does not tell you what to do. Baby has to fit into your plan.

I didn’t have any specific idea about how I was going to feed my baby. I did know I was going to breastfeed: it’s the natural thing to do, surely. I was not informed on breastfeeding and thought it would come naturally. You put baby on the breast and that is it. No one ever spoke to me about the difficulties of breastfeeding or demand feeding. When I voiced my concern about whether I would know what to do when baby is born the response was that I would know. And that was it.

I wanted to have a natural birth. My gynaecologist was pro natural and agreed to assist me as far as possible with this. However, after a long labour and no dilating, my son was born on 16 December 2014 via emergency C-section. Thinking back I was lucky enough to have my son close to me immediately after birth. We did skin to skin and he drank within the first hour. Latching went well and he woke every two hours by himself to feed. I realise I had a relatively easy initiation to breastfeeding.

I also realise, looking back, that I didn’t prepare for what was to happen post birth with baby, especially with regards to breastfeeding. And I think it was a good thing in a way. I didn’t have all the information I have now and so I just assumed what I was experiencing was how it was supposed to be…and it was! Ignorance was bliss and I was taking it in my stride.

Because I had no preconceived expectations of how breastfeeding was supposed to go I wasn’t stressed about low supply and whether baby was getting enough. I also had a good support system in the form of my family. My mother in law breastfed both her sons till they self-weaned and she was educated with the basic principles of breastfeeding. I didn’t have any negative comments directed my way, to discourage breastfeeding. My husband was a great source of support and still is my biggest supporter. He was encouraging and hands on with the domestic duties which gave me more time to focus on caring for our son.

The first thing I discovered when I gave birth was that all my plans for baby became null and void. My plans before becoming a mother didn’t fit with the plan my new born had. And in theory, it sounded like a great plan but now that baby was there it didn’t fit my reality. I didn’t want to give him a dummy. My motherly instinct told me breastfeeding was fulfilling that need and so I didn’t. Recovering from a C-section birth, it was painful getting up to pick my son up from where he was sleeping in his cot to feed. So as a solution, we decided to co-sleep. At the time, these decisions weren’t researched or pre-planned but developed from my instinct on what would work for us at the time. Knowing what I know now I realise how powerful a motherly instinct is and how spot on it was. I had bought bottles when I was pregnant. Why? Because it was what everyone did. The first time I gave my son bottle was after six weeks to see if he would take it, in preparation for when I would go back to work. The whole time he drank the bottle I was so sad. I didn’t like it because I felt like the bottle was replacing me. So I told myself that he does take the bottle and never offered it again, until a few weeks before I returned to work.

Support from a breastfeeding mom

My first introduction to La Leche League was through a close friend and colleague. My son was born in December and I experienced my first growth spurt on Christmas Eve! While everyone was sleeping I was sitting up with a new born who was drinking and drinking and drinking. I didn’t restrict him since we were feeding on demand but I was wondering about him drinking so much. I do remember not being concerned by my supply. Thinking back I think it’s because it was a concept I wasn’t familiar with at that point; not having enough milk. The next day I mentioned it to my friend who was also still on maternity leave with her second child and also breastfeeding: ‘It sounds like a growth spurt’. Me: A what? My friend: ‘I’m going to invite you to a group on Facebook. It’s a very nice group about breastfeeding.’ She invited me to the La Leche League SA Facebook group and my mind was blown!

Before I returned to work I did my research. The LLL Facebook group was a great resource for working moms and I read up a lot. How much to pump, where to pump. I discovered you are entitled by law to time to pump, outside of your work hours. It was amazing how much you could do as a working mom! I was also disappointed, knowing how my employers were not actively encouraging their female employees to breastfeed. What I realised when I returned to work was that mothers automatically thought they had to stop breastfeeding. And employers are not discouraging it and yet they are not encouraging breastfeeding by sharing the information or having things in place.

My preparation included getting used to pumping. I built my freezer stash with the milk I expressed. I tried introducing the bottle again. It was stressful as he didn’t want to take the bottle from me. And I wish I had spent that time enjoying the time I had breastfeeding him instead of stressing about the bottle. I looked into caregivers. I considered having my aunt look after him. I was concerned about the crèche setup and illnesses, having to leave early morning in the cold with my son. But I was more concerned about whether my aunt will follow my instructions. I wanted my son to be exclusively breastfed. And the older generation were not familiar with expressing or how to stimulate babies. So I looked into day care centres. I found a wonderful day care close to work. They were pro breastfeeding and supportive of my choice to give him breast milk. The teachers were trained in childhood development, the classes were small and they followed my instructions exactly. Not only that but they were patient enough to get him used to the bottle. I was happy in my choice and it helped my return to work tremendously.

Since then I’ve made a lot of progress. I’ve met my goal of having my son exclusively breastfed by successfully expressing at work till he was one year old. By expressing at work I’ve contributed towards other moms taking that step and expressing as well. A space has also been allocated for the purpose of expressing. My colleagues and friends are asking me for advice and guidance on breastfeeding and I feel honoured that they trust me enough to ask me for help. I’ve completed the LLL Peer Counsellor Program to assist with my communication skills and to better aid me in my passion in assisting moms who want to breastfeed. During the counselling course we were taken on a tour of the maternity ward and had the wonderful opportunity to observe a peer counsellor in action. It was, for me, an amazing experience. Just to be able to see the faces of the mothers when they succeed in latching baby and seeing how fulfilled baby is at the breast was an amazing experience. It was at that moment I realised that I would be fulfilled if I could do this fulltime. The rewards are too many to count. It was at that moment I discovered my passion for breastfeeding. I had known I was passionate about it but having only really shared my experience with friends and colleagues and members on the Facebook group, it’s a different sense of fulfilment when you see the expression of a grateful mother in person.

Now that my son is older I have decided to apply to be an LLL Leader. I really feel strongly about helping moms more actively with breastfeeding and especially about creating awareness and information sharing. As I have been participating on the Facebook group as well as supporting my friends and family and colleagues at work, I feel the help I give will have more ‘back bone’ with the training that LLL leadership provides.

When I gave birth to my son, I became a mother. It was like a light bulb went on inside the room called ‘mothering’. Emotionally, just the sound and sight of any baby would stop me dead in my tracks. It was amazing how my emotional state changed when I became a mother. Once I returned to work I became actively involved in organising our baby showers at work. I wanted to speak to all moms about what to expect, how it was in reality. I wanted to empathise with them and support them. I was so emotional about people and their situation. And of course I wanted to speak to them and inform them about how good breastfeeding is for babies.

I want to inform working moms of their rights to breastfeed and to assist them in their choice to continue breastfeeding once they go to work. I would like to actively help mothers in my area to breastfeed and get out in the community to share information and just make mothers aware of the benefits of breastfeeding. Eventually, I would also love to start my own group in my suburb of Burgundy Estate. There is so much potential for a group in the area, especially a working moms group as the area is a hotspot for young professionals just married and starting a family. But mainly I just want to help mothers to experience the joys of breastfeeding.

Since writing this, Gwynneth has been accredited as an LLL Leader. She co-leads the Parow group in the Northern Suburbs of Cape Town and is also the LLLSA book depot keeper. She enjoys helping mothers on the LLLSA Facebook group and supporting mothers to continue breastfeeding and working. 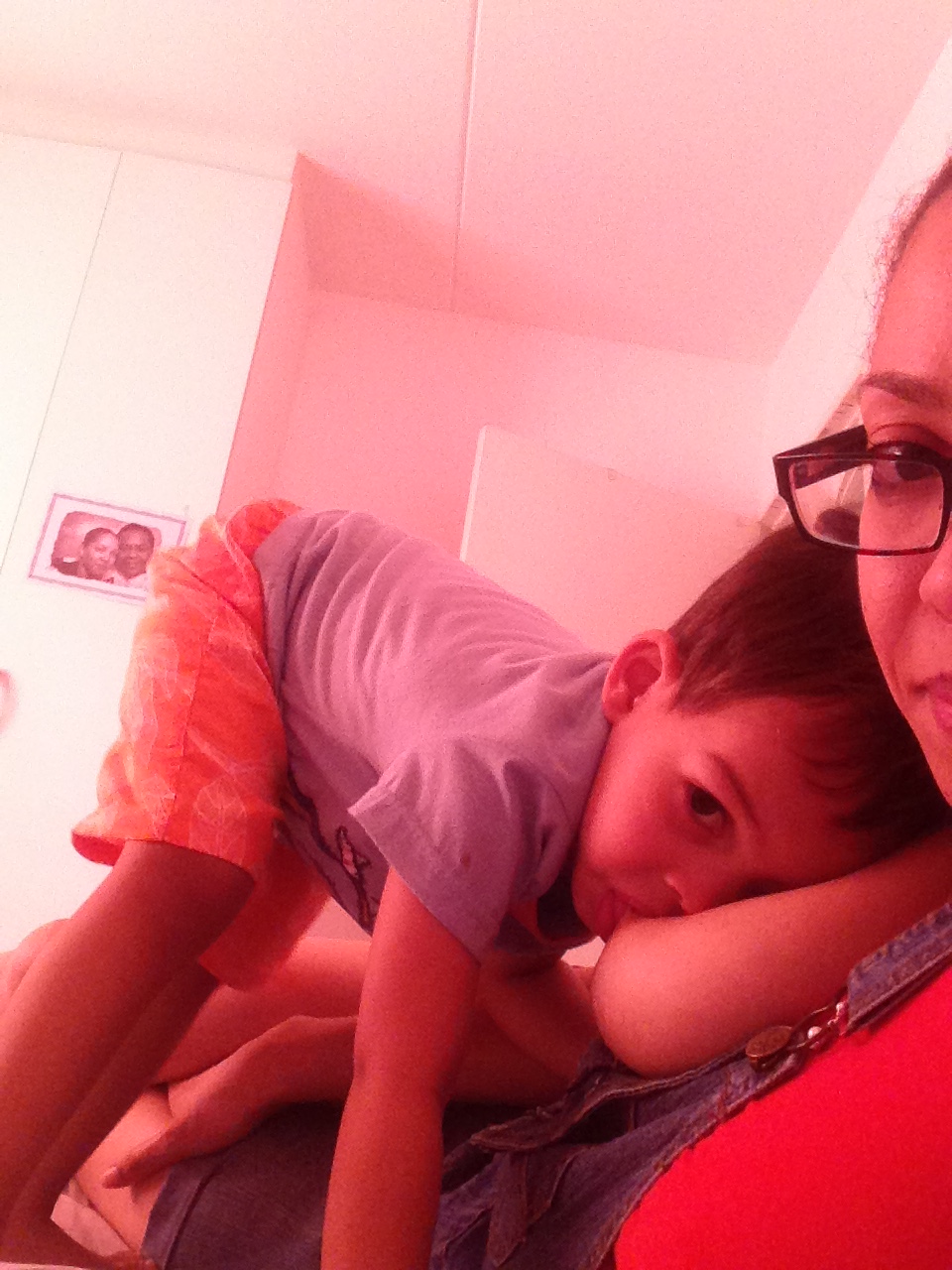