An American in Rome

Spending time with my family as an American in Rome.

In Italy and other parts of the world there exists the “transumanza.” This is the Italian term for the traditional twice-yearly migration of sheep and cows from the highlands to the lowlands, and vice versa. The word literally means “crossing the land.” Each year, for 12 years, give or take, my family and I have been making a similar crossing, albeit of the ocean, to live in Italy for cultural exchanges, language learning, educational growth, and to show our children a different way of life than the one we lead in Massachusetts, USA. 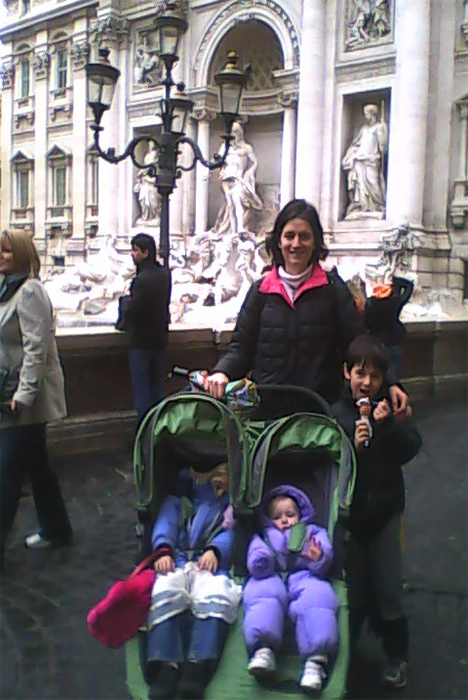 This tradition has had its difficulties as well as rewards. As a mother of three young children, trekking to Italy with them in packs, slings, strollers, or “incinta” (pregnant), there have been many opportunities to observe similarities and differences between Italian and American families and traditions. Throughout these years, one constant for me has been La Leche League International and I’ve witnessed how this amazing organization supports mothers in their journey, wherever it may take them.

Our children are ages 12, 9, and 7 years old. There is no better opportunity for children to learn a foreign language than in these precious early years. Our travels did not begin with the idea of forming little international citizens, but rather with our desire to take the opportunity for enrichment early in their lives by spending time abroad. As a mom, an LLL Leader, and an IBCLC, I have a great interest in the customs of breastfeeding and parenting in all cultures.

Over this past decade when I was breastfeeding my babies in Italy, I hardly ever saw another mother breastfeeding in public. At times some grandmothers would give me a sweet wink, others would tell me that my milk wasn’t enough, depending on their age. Typically, older grandmothers would be more accepting since they missed the push for formula feeding in the mid 1950s and ‘60s. In 2003 there were no apps to direct me where I could nurse or how to find a restaurant with a changing table. My resource was La Leche League International. The English group in Rome gave me great comfort as it has many other expats. The flow of their meetings was similar to the groups I had attended across the Northeast region of America. I could rely on LLL to be the emotional support that I needed during my time with little ones in the foreign city. Even the expression, “many mothers have found,” the common verbiage of Leaders, gave me the sensation of being at home.

Throughout our years in Rome I have been a part of this LLL group, as a mother, as a Leader Applicant, as a Leader, and as an IBCLC. I love going back year after year and seeing the new babies! Nowadays I see many mothers stopping for a coffee, with shopping bags in the stroller, nursing the baby. Typically, the babies and the breasts are uncovered. This is so important for young women (including my daughters) to see. Now my girls tell me whenever they see a mother breastfeeding! They understand the importance and this is such a significant first step for young women! For the first time yesterday, at different times of the day, I saw two very proper Italian mothers carrying their toddlers in slings to and from work. One can typically see very small babies (but not toddlers) being carried in this fashion.

I feel a new sense of responsibility having witnessed the influence of U.S. parenting practices on the world. I saw an Iranian mother in tears share her story of guilt for having followed the advice of Dr. Spock. Spock’s Baby and Child Care 1946 (with revisions in nine editions up to 2012) sold over 50 million copies and advocated feeding babies on a strict schedule. This mother had left her son to cry for hours in his crib. We need to do so much better as a nation whose influence on the world is so widely imparted. I am determined we should normalize the course of breastfeeding so that women around the world will return to their own cultural practices. These include, natural birth (the cesarean rates around the world are high and on the increase), eating a diet more suited to one’s own country (not fast foods), and knowing how to breastfeed from having seen other women doing so.

The C-section derives its name from the Roman ruler Caesar and was performed in Roman times when a mother was over ten months pregnant or close to death. Women never survived the operation. Modern technology saves lives but the rate of cesarean births is unnecessarily high.
At the same time that Dr. Spock was writing his books other “[d]octors exacerbated erroneous perceptions around breastfeeding and started spreading misinformation about its alleged negative effects on maternal health, i.e., the mothers’ vision would decrease, their teeth would decay and they would gain weight. Simultaneously, giving birth was becoming a very medical procedure, especially in the North. This led Italy to have a caesarean section rate of 40% today. Since the process has now peaked in the North, we are now starting to return to natural births. In the South however, where medical intervention arrived later, caesareans are now flourishing at 60% to 80% in some parts.” (2) 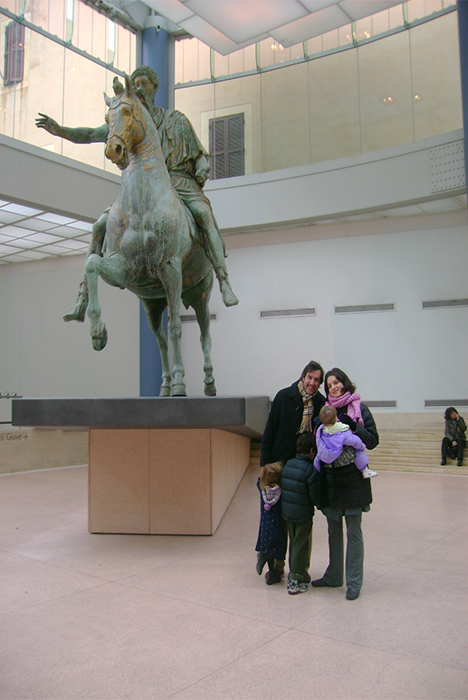 These past two generations have witnessed an enormity of formula marketing and fortunately we are seeing a trend away from that. Manufacturers of artificial infant food were spreading all throughout the world wreaking havoc on societies. Feeding babies on breast milk was going against this new wave of “medicine.”

“The feminist revolution paralleled the invasion of the first multinational companies shortly after 1968 and in the years following. This combination was deadly for breastfeeding in Italy. Nursing began to be regarded as backwards, old fashioned and something an educated woman would not choose. Economic differences are very strong between northern, central and southern Italy and as a result, perceptions around breastfeeding and birth varied regionally. Because Northern Italy is wealthier and more industrial than the South, this anti-breastfeeding wave spread first in the North.” (2)

After a recent Rome LLL meeting, the daughter of the Iranian mother I mentioned approached me to ask for help at her own baby’s arrival in July. I told her I would not be in Italy then, but promised to communicate by email and help her in a wider capacity than in my “hands on” role through my work in the U.S. both professionally and through my volunteer role with LLL, incrementally changing the culture of birth and breastfeeding practices for future mothers like her.

La Leche League has partnered with Heartbeat Keepsakes to create a line of jewelry that you can cherish forever.

25% of all proceeds will go to La Leche League International.

For Customers in the USA, Canada, and Australia: Click HERE