The Happy Knappy is a knitted nappy complete with five circles of different coloured poop to represent the normal colour changes that accompany a good intake of breast milk in the first five days of a baby’s life. Day one is represented by black knitted poop, day two is black with a hint of bottle green, day three is a transitional khaki green colour, day four is a rich brown with day five being mustard. Alison Blenkinsop, the creator of the Happy Knappy shares her pattern here.

Knit six rows (slip the first stitch loosely of each row, to keep the edge neat).

Row seven: decrease one at the beginning and end of the row—this looks neatest by reversing the direction of the stitch at opposite ends, i.e. slip one, decrease one, (slip one, knit one, pass slipped stitch over), knit to last three stitches, knit two together, knit one.

Continue to decrease one at each end of alternate rows until 16 stitches remain (27 rows). 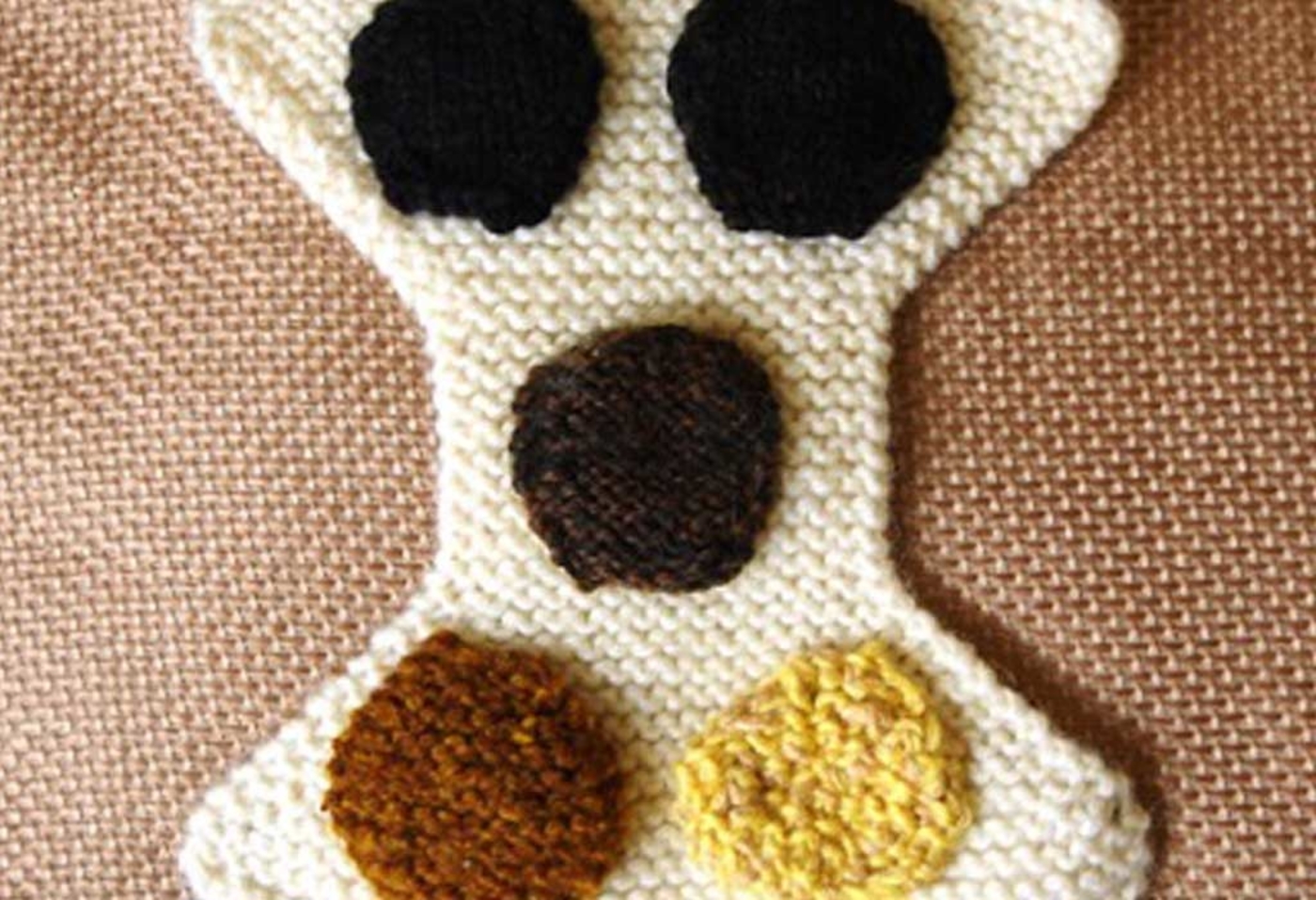 Wool—double-knit thickness, or two strands of four-ply which can give a mottled or in-between effect if you can’t find the right colour. Two strands also makes for neater increases. Textured wool is good for the last two days. You will need four to five metres (13-16 feet). Size 10 or 11 needles.

Colours and stitches for the different days:

Day one, black—stocking stitch right side out.

Day four, browny-yellow—garter stitch is fine if textured, or stocking stitch wrong side out.

Work as above; for days one to three (and four if not using moss stitch).

Second row: increase at each end of alternate rows until 15 stitches (experiment to get the shape you want). If using two strands of wool, increase by working each strand separately

Decrease at each end of alternate rows until seven stitches remain.

Sew poos invisibly on knappy as shown in picture.

The Happy Knappy can be used as a teaching aid to illustrate the song ‘The Five Days of Feeding’ from Alison’s book Fit to Bust, a comic treasure chest, chapter 5.

The Five Days of Feeding

to the tune of “The Twelve days of Christmas”

Alison Blenkinsop qualified as a midwife in 1974 and worked in Pakistan for 13 years. After returning to her United Kingdom practice, she became an International Board Certified Lactation Consultant in 1999. She retired from the National Health Service (NHS) after five years as a hospital Infant Feeding Adviser, and continued in private practice as an IBCLC until 2009. She combined these experiences with her love of song-parodies to write Fit to Bust, now in its second edition (pub. Lonely Scribe). The book celebrates breastfeeding and motherhood in songs and stories from around the world, and includes research-based information for parents and teaching resources for health workers. The sales support the work of Baby Milk Action, which campaigns to protect all babies by limiting unethical formula promotion.