March 2018 marked our Groups’ first birthday in Alberton in the South of Johannesburg. To mark our birthday, a photographer from the local newspaper arrived at the end of the meeting to give us some local publicity.

My co-Leader, myself and our children cut out printed coloured paper circles or heart shapes, each featuring a breastfeeding obstacle. I packed these “medals” in an empty egg container (they fit perfectly).

I introduced the topic by mentioning that some mothers stop breastfeeding due to a lack of support or information or due to misinformation. However, I stated that everyone present at the meeting had persevered through their challenges and deserved a medal for each accomplishment.

At the meeting we took turns to ask questions such as: 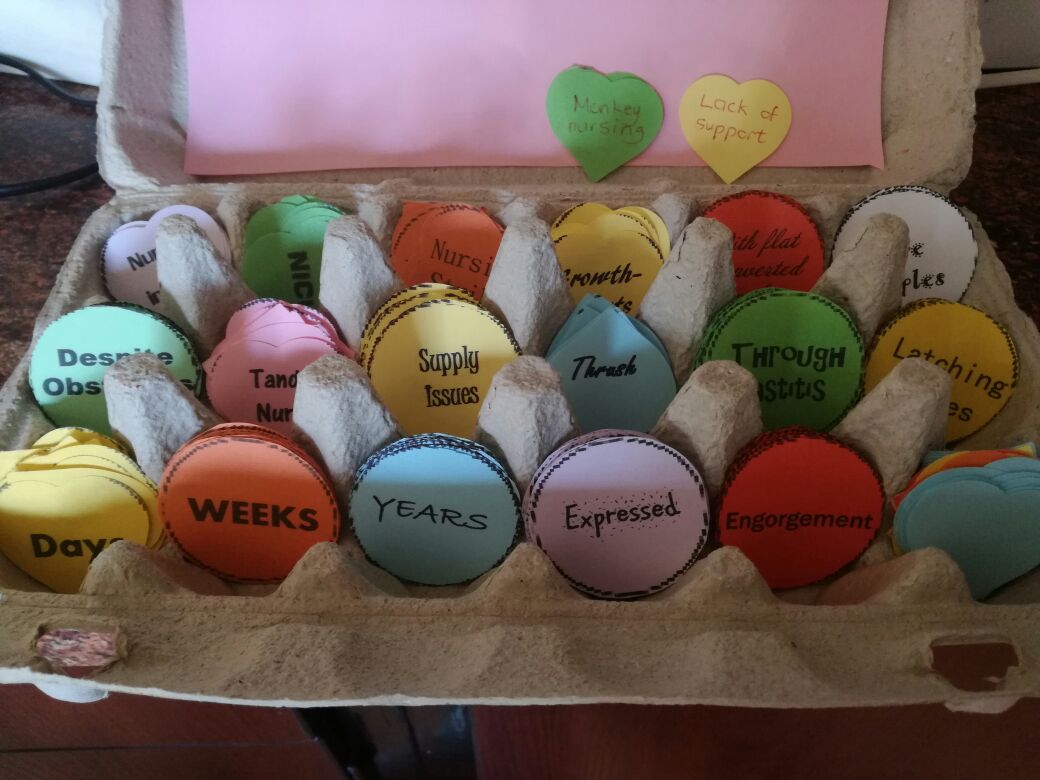 Every mother who had overcome a breastfeeding difficulty was awarded an appropriate medal which was stapled to a sash made of florist ribbon. The ends of the sash were held together with stickers that doubled as our name tags for the meeting.

I also had plenty of blank hearts and circles. Mothers thought of their own challenges; we wrote those down and stapled them onto the sash too.

For new pregnant mothers attending, medals could include: getting support, informing myself, making connections and more. The mothers were very proud of their medals and it made an eye-catching photograph for the local newspaper.

Lisa Van Zyl has been a Leader since August 2014.  Married for 14 years to her best friend Johan, they have three children, Savannah 7.5 years, Belle 4.5 years and Rocco who is 1.5 years.

La Leche League has partnered with Heartbeat Keepsakes to create a line of jewelry that you can cherish forever.

25% of all proceeds will go to La Leche League International.

For Customers in the USA, Canada, and Australia: Click HERE