Rooting Around: How a Nation Found
Its Way Back to Breastfeeding

HomeRooting Around: How a Nation Found Its Way Back to Breastfeeding
print/pdfPrint Help

For babies in 1973, lactation expert Karen Pryor had devastating news. “Fewer than 25% of the babies born in the United States are nursed even for the five days of the usual hospital stay.” [1]

What was in the milk these neonates weren’t getting? High concentrations of fatty acids, lactose, and the protein taurine, all essential to building brain tissue; readily-absorbable calcium, phosphorus, and iron for bone and blood-building; and ready-made antibodies for immune defense. [2]

Even in the bottle heyday, roughly from the late thirties into the early seventies, it was recognized that human milk was the healthy, natural food for babies. The Better Homes and Gardens Baby Book of 1956 advised, “Breast-fed babies in general have fewer stomach upsets, less diarrhea, no constipation, fewer respiratory infections, and scarcely any skin rashes. Infant mortality is also strikingly lower…” [3] But the same book had to admit, “Many young mothers are being defeated in their efforts to nurse their babies because hospitals and doctors are too quick to offer formula as a supplement to mother’s milk in the early stages…” In fact, the numbers of mothers who were still breastfeeding upon leaving the hospital (about a week or less after birth) slid from 38% to 21% between 1946 and 1956, and fell a further 3% before 1966. [4] So… why substitute a time-consuming, expensive, unnatural process for a natural, immediate one?

Why wasn’t breastfeeding the first choice?

Being able to feed a baby entirely on formula had status implications! Also, the strict taboo on even discreet public breastfeeding obligated mothers to spend more time at home – or switch to formula. As each decade saw more American women in the workforce, weaning to a bottle made it easier to leave the baby with a relative or in daycare. Upper-class mothers with social and civic obligations could leave their bottle-fed baby to a nanny. My great-grandma, raising her children on an Alberta farm in the 1940s, could get more farm work done while feeding her babies on a rigid bottle schedule, rather than having to sit down and breastfeed them. For many mothers, bottle feeding offered the chance to leave the baby to someone else’s care, and not to worry about maintaining milk supply to continue breastfeeding.

Formula feeding: at what cost?

Who likes dental cavities? An Oregon State University study cited by Pryor found that bottle-fed children of one Oregon community developed 45% more cavities than those breastfed for three months or more. [4]

Who wants the added confusion of a big dose of artificial hormones, with all the hormonal fluctuation of giving birth? Doctors routinely administered synthetic drugs to suppress milk production in new mothers – even to unwitting patients. [4] But while evidence mounted for breastfeeding’s benefits in preventing infectious disease (including, if the mother was vaccinated during lactation, the dreaded polio), rickets, anemia, and digestive issues [5], male physicians continued to prescribe dairy and formula feedings. Untrained in helping a mother who experienced nursing difficulties, they were eager to match their little patients to standardized weight charts. Formula and baby-food manufacturers, marketing products like soy-based “milkless” formulas on exaggerated claims of baby allergies to human milk [5], or soft foods aimed at solid feedings as early as six weeks [6], were no help. [3] There was money to be made in baby formulas and purees: baby food made $200 million in sales in 1952 alone. Manufacturers relied on enlisting doctors to give out samples and recommend their products [6], while formula and baby food advertising competed even in developing countries like Chile, Nigeria, and the West Indies. [7]

The re-discovery of breastfeeding

Babies everywhere can thank a few pioneering doctors and mothers who not only recognized breastfeeding as the natural choice but made waves about it. In the 1950s, British physician couple Michael and Niles Newton combated prevailing assumptions about birth and lactation with cutting-edge studies on labor and delivery, breast care, and maternal roles. [3] Adele Davis, whose popular nutrition books made millions of parents more concerned about whether their babies and children were getting the best raw material for physical and mental development, declared, “There is no question that breast milk produced by a healthy mother is superior to any formula.” [5]

In a larger sphere, massive cultural development was making breastfeeding cool. The back-to-nature hippie movement boosted breastfeeding as an intimate, organic encounter between mother and baby, empowering parental instinct and mom-baby bonding, at a time when the self, relationship, and feelings took a cultish importance in the national consciousness.

While the sixties turned to seventies and far-out turned to mainstream, the catchwords of more instinctive, holistic parenting became ubiquitous: “natural birth,” “home birth,” “bonding,” and yes, “breastfeeding.” [8] The latter found more advocacy in Sheila Kippley’s Couple to Couple League [9], and Mothering magazine, debuting in 1976. Once associated with the lower classes, then with earthy, anti-establishment trends of the sixties, breastfeeding was coming back as a practical, medically sound, and culturally approved practice. A story told in numbers: in 1970, the percentage of American babies breastfed at all stood at around 27%; in 1990, around 52%; and in 2007, around 76%. [10]

The four generations of mothers that brought me into the world form a narrative of 20th century lactation. My great-grandmother Ada, breastfed in 1915 by a Finnish immigrant mother, was led by poverty and growing nutrition-consciousness to nurse her daughter Beth in 1950. Grandma Beth breastfed my mom in 1974 when it was all the rage; from Canada’s Northwest Territories, she had to send to the next province for La Leche League materials to help her get started. In 1995, my young mom found breastfeeding a struggle but managed for six months. In 2020, at the height of six decades of a slow revival of nursing as a nutritional norm, she has the support of her doctor, family, friends, community, and public opinion as she breastfeeds my little sister Grace, who is now one year old. The comeback hasn’t been easy, as anyone who braved a disapproving doctor, husband, grandmother, or community in the mid-20th century can tell you – or anyone who fights even now for the legitimacy, still often denied, of public breastfeeding. But Gracie’s chubby, radiantly healthy appearance argues that it has been a worthwhile struggle. 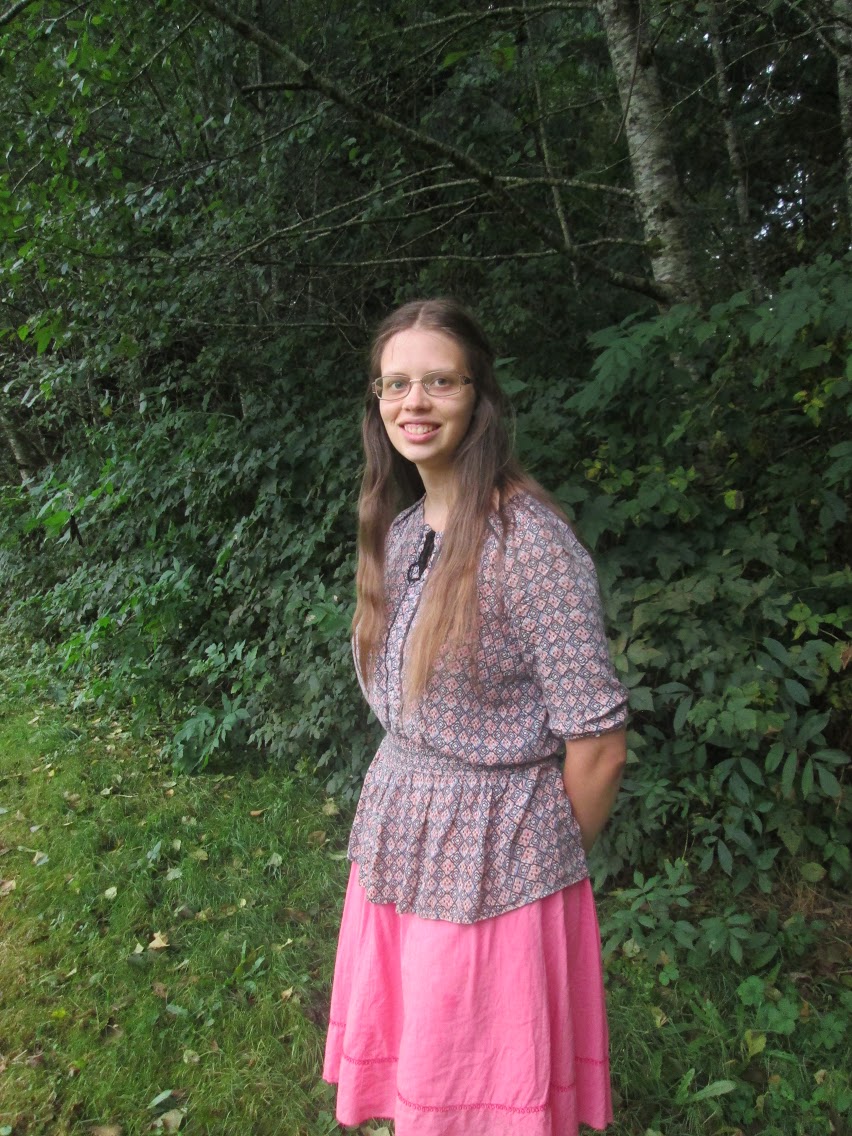 A college sophomore majoring in history, Sarah Johnson enjoys exploring the past through her writing. She lives in Naselle, WA, where she helps care for seven much-younger siblings and is part of her mom’s breastfeeding support network. Her writing also appears in journals like Solum and Cassandra Voices.